Donald Trump is a sign of the end of the world… as we know it. Is this a bad thing? No. Let me start off by saying that this post is not about politics, but the deeper meaning of what is happening within the universe.

I started thinking about this at Target, of all places. I was with my boyfriend and we bought some random items. While checking out, he noticed that his items cost $63.63, a very interesting number. We’re both fans of numerology and finding the meaning in meaningless moments of life. He pointed out to the cashier that the price added up to the number nine. We all found it interesting but continued to go about the purchasing process casually talking about numerology. In a strange coincidence, the cashier had recently become interested in numerology too. Then it came time for me to pay. I paid for my items and noticed that the checkout station we were at was 18, jokingly I pointed out that 1 + 8 = 9. Could this be another symbol? We all thought about it and acknowledged the coincidence, but went on with our day.  As we left, my boyfriend and I were talking about what the number nine means to us and then he asked me what the price of my items ended up costing. We laughed about how crazy it would be if it added up to nine. Sure enough, when we checked the receipt, it read $40.23 and in a serendipitous moment we confirmed that my purchase too equaled nine! 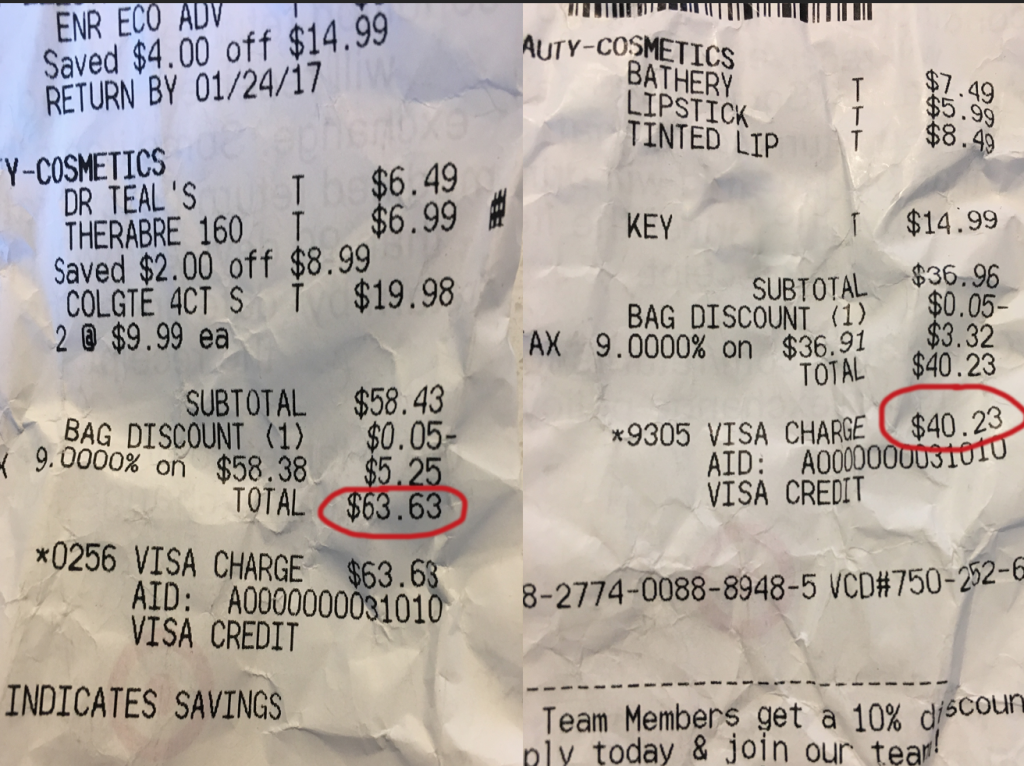 This had to be a sign. We rushed back into Target to let our cashier know. We were all stunned by all the nines in that moment…what were the chances? In numerology, the number nine represents the end of a cycle. Ten traditionally comes after nine, however, in numerology you add up the digits. Therefore 1 + 0 = 1, and thus the beginning of a new cycle. When reading this, I got a bit nervous. Could this really be the end of the world?  First, the Cubs won the World Series and now Donald Trump is the president? I started describing the strange symbols from the Cubs winning the World Series. For example, it was their first championship in 108 years and a baseball has 108 stitches on it; They also won the game in the 10th inning with 8 outs. This was clearly a sign similar to the one we noticed at Target. My boyfriend was quick to point out that 1+ 0 + 8 = 9. There it was again, the number 9! Intertwining this conversation with the election, I quickly pointed out that Trump is the 45th President of the United States. 4 + 5 = 9.  Not to mention that the year is 2016, 2 + 0 + 1 + 6 =  9. Does this mean it is the end of the world? I began to get nervous. However, my boyfriend brought me back down to earth and reassured me that whenever one cycle ends, a fresh, new one begins. I agreed. It could not be more clear that we are on the brink of a new era. Why should we jump to the conclusion that the new and unknown is bad? We decided to research what nine represents further. We found that, “The Number 9 is the number of Universal love, faith, spiritual enlightenment, and spiritual awakening.” [Source]  It’s about finding our life purpose, coming together and rising to a higher level of consciousness. According to Numerology.com, “The 9 lives in the world and understands the connections between all of mankind. It is a humanitarian, and sees no real difference between its neighbor next door and the person living in a very different culture and environment on the other side of the world. The 9 is the least judgmental of all numbers, the most tolerant and the most conscious.”
And then I felt better.

This is exactly what we need to hear right now. We fear division. We fear hate. In an article by NPR, Aysha Choudhary, a muslim-American who works with the humanitarian group Doctors Without Borders in New York City said, “I don’t fear Trump as much as I fear the monster he’s awakened. It feels like he’s normalized discrimination, and I’m afraid it’s open season.”

However, the number nine, “see’s no difference between its neighbor next door and the person living in a very different culture.” On a spiritual level, nine tells us to overcome fear and wake up to become more tolerant, loving, and conscious. This election has nothing to do with the president and everything to do with us. We need to get to the root of the problem to truly change things. To get to that root we can no longer be comfortable. When we are comfortable we do not challenge ourselves to become better. Change is outside of our comfort zone and right now we are forcing ourselves to be the change. If we look at the signs, everything is happening the way it is to prepare us for something new. That something is spiritual enlightenment. This election, and humanity in general, is a speck within the universe. Politics, society and even time are man made constructs, but on higher levels of consciousness none of this matters. What matters is us, all of humanity, uniting as one and working together for the betterment of all. That is what the number nine represents. Don’t be afraid to create meaning in the seemingly meaningless. It is there that you find what you were looking for all along.
Yes, it is the end of the world as we know it. But that’s a good thing.