“What happens when we die?” – A question I pondered and feared when I was younger. I’d tell my mom, “I’m scared I don’t want to die one day.” Her response has stuck with me to this day. She rebutted me by asking, “Where were you before you were born? You were fine then so you will be fine.”

I was and still am intrigued by that response. I often find the question where do we go when we die? But I didn’t wonder about where was I before I was born. Of course, I’ve thought about reincarnation and past lives but I mean, Where was I before I was born? To my experience in this lifetime, what did it feel like to me where I was? Did I feel anything?  Did you? Millions and billions of years went by in what feels like a second and now all of the sudden I existed when I didn’t before. Is this nothingness that is before birth the same as the nothingness when we die?

I took some time to think about this. I personally came to the conclusion that reincarnation could be very possible. My reasoning:  If before we are born, we don’t exist and then we randomly come into existence, then it could be possible for us to die (ie not exist) and then exist (be born) again. 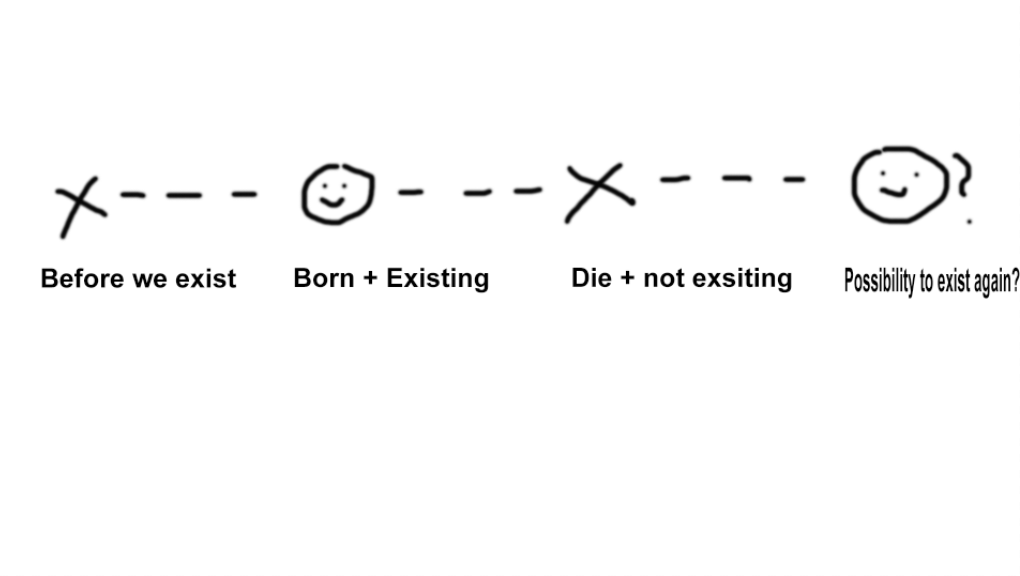 This can also be explained in physics. The law of conservation of energy states that, “The total energy of an isolated system remains constant—it is said to be conserved over time.[1] Energy can neither be created nor destroyed; rather, it transforms from one form to another.”

In an interview with NPR Jim Tucker, a psychologist at the University of Virginia who studies reincarnation further talks the science behind consciousness, “Max Planck,  the father of quantum theory, said that he viewed consciousness as fundamental and that matter was derived from it. So in that case, it would mean that consciousness would not necessarily be dependent on a physical brain in order to survive, and could continue after the physical brain and after the body dies. ”

So, yes, I think that reincarnation could be very real. I wrote this post because I wanted to get you thinking outside of the box.  You don’t have to believe this but I want you to think. Because with that you will find growth.

What are your thoughts? Do you think this concept is true? Or do you think we can only exist once?

Share your thoughts with me in the comments below and if those don’t work reach out on social media all my platforms are @lindsaybhoffman.