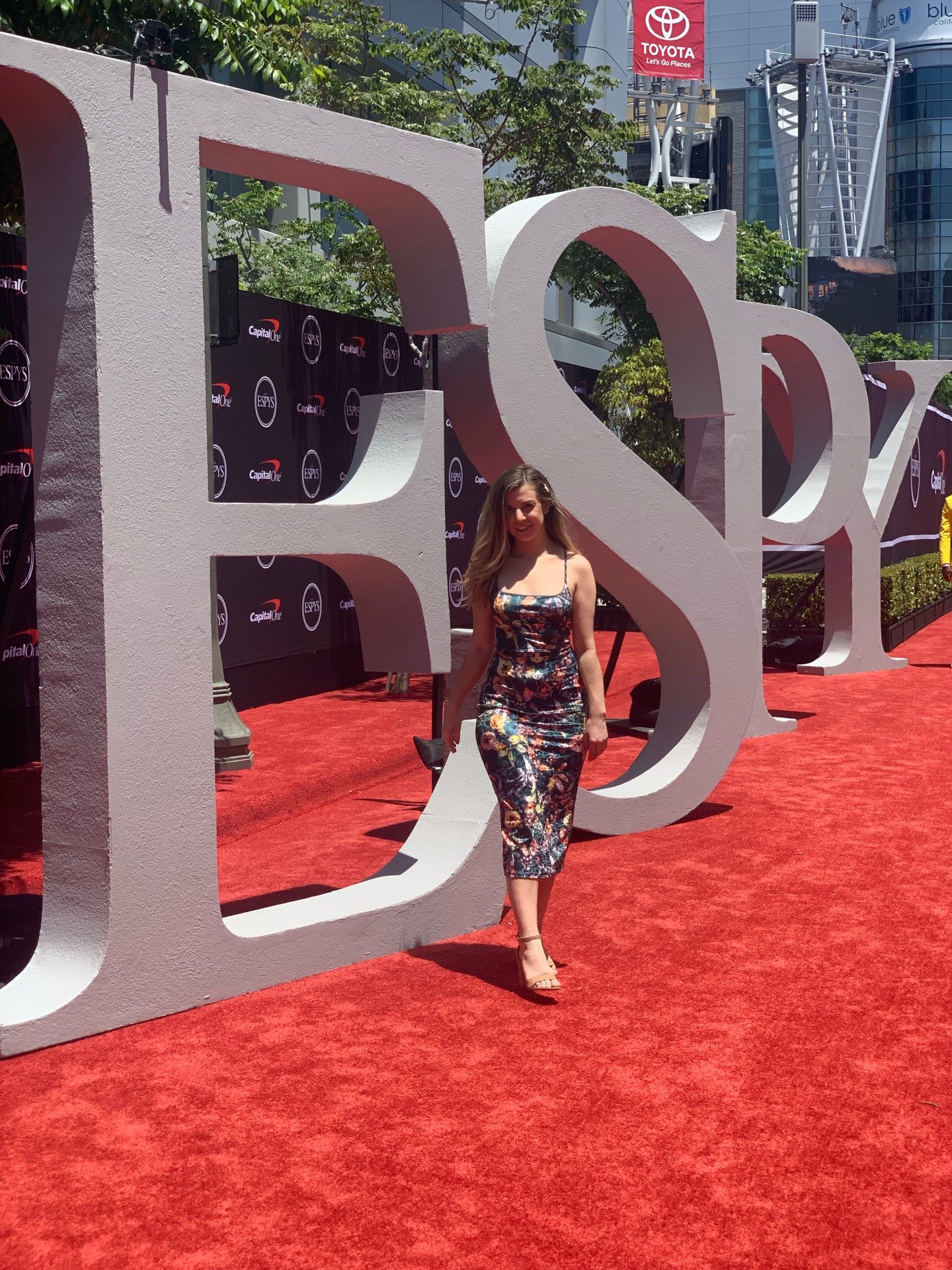 Time to document some more real-time manifestations!  If you’re new the blog you can find a post  about when I wrote down I’d go to  to every red carpet by the next year! Well, it’s seven years later and I can confirm not only did I go to every red carpet that year but I’ve been to almost all of them multiple times since!

One that I had yet to attend was the ESPYS… until now. So here’s my experience and my perspective on the night in a real-life documentation of a vision-board coming true!

I freelance for a few magazines, one of them being Life & Style Weekly, which previously I worked full time for.  They sent me to cover the night, but I’m not going to talk about all the glitz and glam of the night. I want you to know what I learn about myself from the experience. 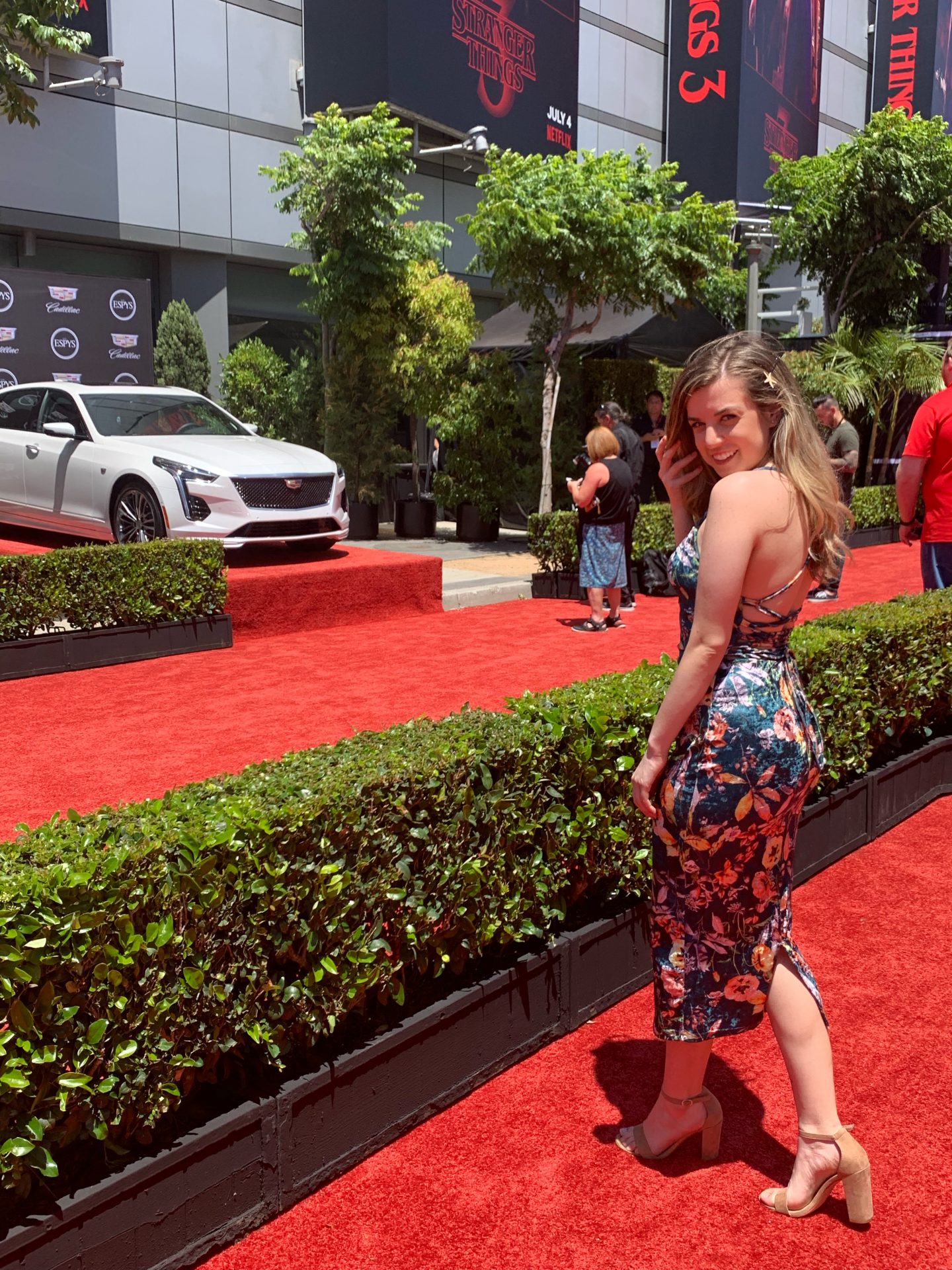 A red carpet isn’t as glam as it seems. At large events like this you have to come early. I actually arrived four hours before the carpet started. Then the interviews run for about four hours after that. Mind you, we were on the carpet in 90 degrees direct sun with no shade! Then after,  you go inside the show to report for another three hours and then go home and transcribe. It ends up being a 14 hour + day and I also got an epic sunburn! You have to be willing to put in the work when your dreams manifest! I love what I do and enjoy the work it takes to be here. 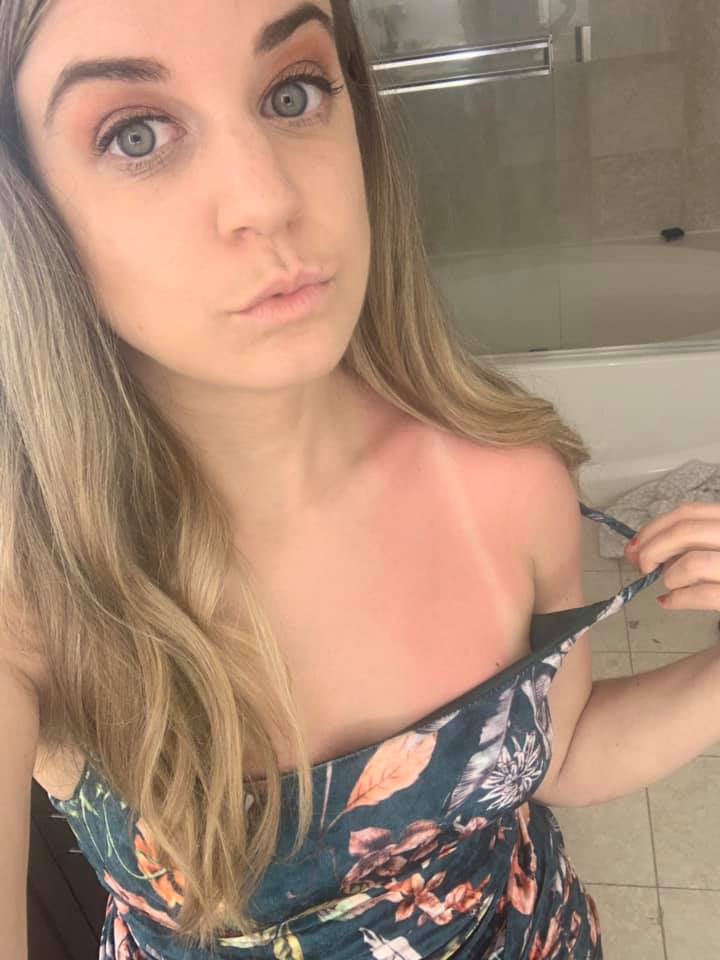 There are literally hundreds of celebrities walking by and I’m usually positioned near the end. At that point most people are done talking. To get someone to stop  is nearly impossible. In order to get the interview  you have to track reps down early  ask to talk to their client. Or when all else fails,  yell as they walk by and hope you do it loud enough for them to stop. Then you only have about one minute to get them to open up to you. You just have to go for your biggest question even if it feels awkward. It’s something that will always feel a bit nerve wrecking to me however, 90 percent of the time you get the statement you need! It really goes to show what a little trying can do!

Catching opportunities here at the @espys ! Covering for @lifeandstyleweekly today. Fact: I was almost too shy to ask to take this photo. Glad I did! Remember, If you ask you receive ! Comment a 🏀 below if you agree! #espys #espys2019 #manifest #lawofattraction

Before a carpet starts, you have a few hours to kill. That’s when you can have your photoshoot. I used to get too scared of what people would think of me. Was I being too ‘extra?’ I wouldn’t take the photo I wanted and later I’d regret it. So this time, I did something I would have been far too scared to ask in the past. The ESPN area had a special 360 cam. You know the kind you always see all the celebs in? Well, I noticed they were setting it up. Maybe if I asked, they would let me take a photo before it all started.

Sure enough they did! It had to be quick but they let me test it out! It made my day because had I not asked the answer would have been no. It may seem silly to focus on getting a good photo but it taught me a major lesson that it’s okay to ask for what you want! 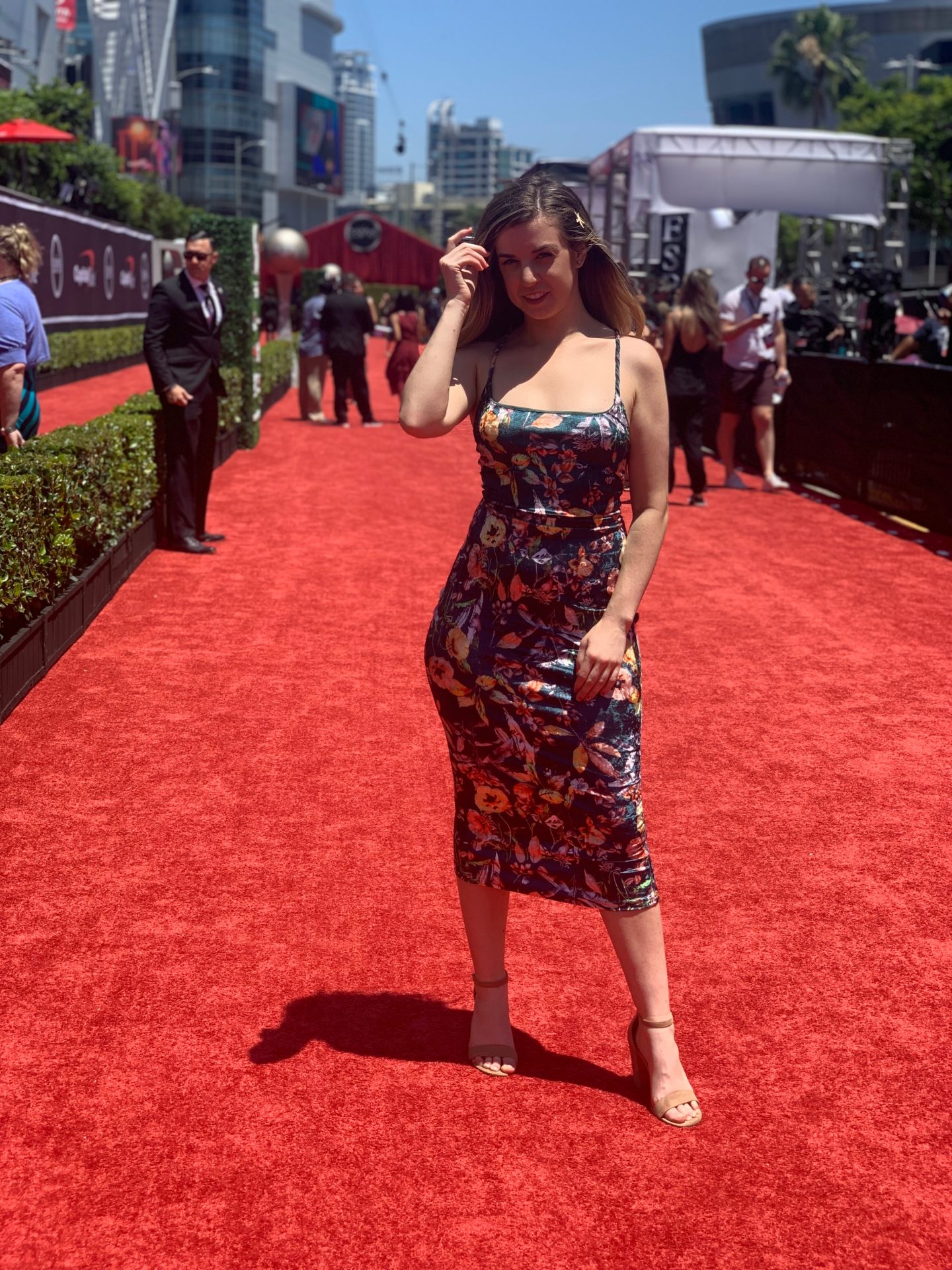 The moral of this manifestation is: it all takes hard work! It’s not just a piece of paper you have to act on it! It’s important to learn from each experience.  When we look into our dreams coming true as a learning experience I find that it makes you more equipped to be ready for when the next dream manifests.

And that’s the story of one of my vision board dreams coming true.