Hey Dose of Bliss fans! Lindsay’s friend Laura here. Lindsay recently asked me to guest blog for this site and obviously, I jumped at the chance. Then, I sat around for a few days thinking about what to write. You see, my blog is mostly about fashion, beauty, and the entertainment industry. So coming up with a motivational topic wasn’t as simple- and that’s actually a good thing. I took the time to ponder exactly what it is I am passionate about and want to share with you. Of course I landed on one of the hot topics of the moment: BODY POSITIVITY. 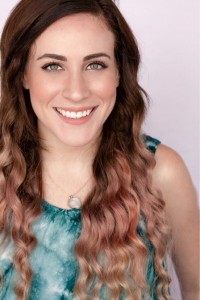 Now, I didn’t choose this topic because it’s popular in the media right now- I chose it because it’s actually something I can relate to. So I am going to tell my story for the first time on the internet & I can only hope that I am met with compassion rather than judgment.

Recently there was a video that circulated the internet called “Dear Fat People” by Nicole Arbour. If you haven’t seen it, I suggest you don’t waste your time. It was by far some of the worst content I have ever seen put online. Yes, it’s that bad. Now before some of you come to Nicole’s defense by saying things like “it’s just comedy, “it’s satire Laura don’t you have a sense of humor?” I’m going to need you to sit down and listen to what I have to say.

Let’s start with answering that question up front: Why yes, yes I do have a sense of humor. Most of the time I think I am quite witty and hilarious and I am rarely offended. HOWEVER. This. Was. Not. Comedy. This was bullying. This was fat-shaming (which btw Nicole, is definitely a “thing”), and here’s why; Negative reinforcement almost never works. Telling someone they are lazy doesn’t make them want to work, telling someone they are ugly doesn’t make them want to go get plastic surgery, and telling someone they are fat doesn’t make them want to exercise, it just makes them feel BAD about themselves. There was no reason to put this content out into the world other than to cause controversy and leverage likes and views for personal gain while at the same time not caring how it affected anyone who watched it, and plenty of people (unfortunately) were watching. Instead of making a video which supported healthy eating habits, exercise routines, all the while stressing the importance of moderation such as Way of Gray or the Skinny Confidential, she chose to hurt people. It’s a bummer really.

Newsflash “Fat people” KNOW that they need to lose weight for their health. They don’t need a 115 pound blonde girl with all the privilege in the world to tell them that.

Which takes me to my story.

This is the kind of thing that causes eating disorders, a topic which I know all too much about. All it takes is for one person to call you fat to trigger unhealthy habits such as limiting food, binging and purging, etc. I wonder how many young girls watched this video and thought “ Wow if I eat this cookie tonight I’m going to get fat and if I am fat I will die”. It’s such a dangerous path.

When I was eight years old I got food poisoning at Disney World from a cheeseburger so I stopped eating meat, bread, and dairy. I started obsessively washing my hands to the point where they were so cracked that my parents decided to put hand sanitizer in the bathrooms instead. I wouldn’t eat anything other than saltine crackers and the occasional vegetable. Now while this probably had more to do with OCD than weight, it was still the onset of what was later to be a full blown eating disorder. In middle school while I was dealing with all of this at home, people would tell me I was “so skinny” and that made me feel good, so I kept on barely eating, wanting to maintain my body. I was 11/12… I should’ve been jumping on trampolines and not even thinking about these things, but I did. Finally a doctor stepped in and put me on prozac which helped curb my childhood OCD and I managed to get through the next couple of years unscathed, even after I stopped taking Prozac at age 15. I stayed thin due to cheerleading and dance and while staying in shape was always a priority, my weight wasn’t constantly on my mind.

Fast forward to college, Arizona State to be precise, where everyone is gorgeous and smart and my physical activity levels plummeted because I didn’t join any sports teams. Everyone constantly bringing up the “Freshman 15” and I was determined to beat the odds of gaining 10-20 pounds in my first year of college. No way Jose. Not me.

But between the late night pizza binges, keg parties, and lack of exercise- it was happening. So I started purging. I was able to keep it a secret for about 6 months, that is until I moved in with my college boyfriend. He caught me within the first 2 weeks of living together. In an ill advised attempt to help, instead of telling my parents, he took the doors off of our bathrooms. We told everyone we took them down to use as beer pong tables, but the truth was much more sinister. I found myself only able to purge when he wasn’t home, which forced him to start skipping classes. Eventually he agreed that if I tried to stop he would go on a vegan diet with me. That satisfied me for a short period of time. We started eating healthy together and working out in our apartment gym five times a week. He helped me as much as he could. Until we broke up for completely different reasons (although, I’m sure having to babysit me all the time was a contributing factor). After that I struggled with it on and off until I sought professional help.

Nowadays things are better. I love food, I try to keep it healthy and I exercise often, but I’d be lying if I said I didn’t look at the mirror and criticize my body still. As I am sure many of you are, I am MEAN to myself. I always have been. I analyze every pore, every bit of cellulite, every asymmetrical part of my face, I GET IT. But we all need to stop.

Recently I started doing daily affirmations– looking in the mirror for five minutes every morning after washing my face and saying 10 nice things about myself, to myself. At first it was hard I would try to get away with things like “you’re a good person, Laura”. But now, after months of doing this I find myself being like “DAMN GIRL your ass looks great today” and it has not only helped my self image, it’s helped my confidence, and it’s helped me book more jobs as a model and actress. Without droning on forever, IT JUST WORKS.

You have to learn to love yourself and drown out all the noise from people in person or online who are trying to drag you down (and that includes that voice within yourself that tells you that you aren’t enough).