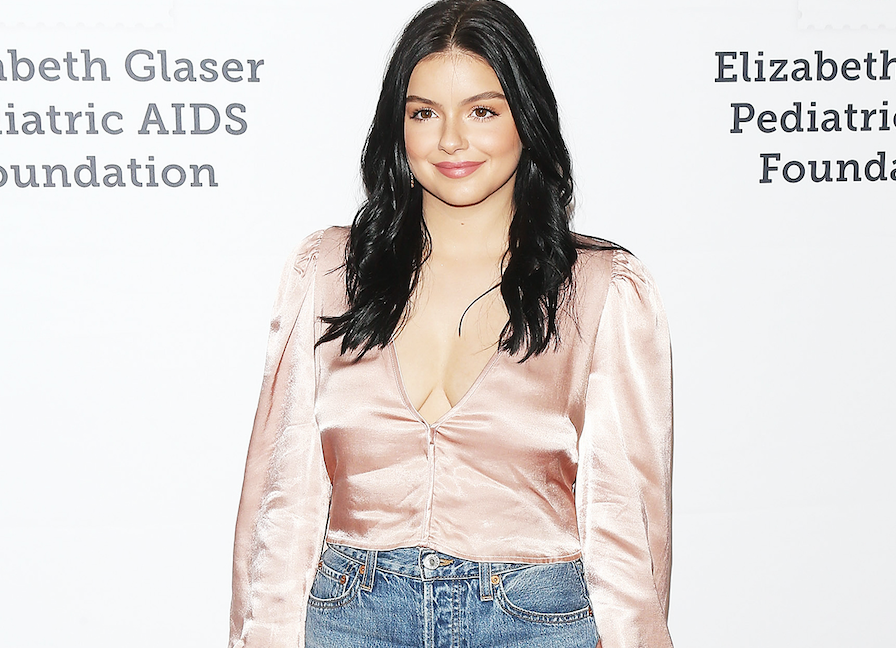 Online bullying is becoming an epidemic, According to a new study 70% of students in  middle school to high school have been the victim to online threats. And it’s not just a problem with children, another study done by Pew Research Center  found nearly 75 percent of American adults have witnessed online harassment!

Sadly, we have probably been bullied at some point in our life and with the internet the chances are higher than ever. Being in the spotlight Modern Family star Ariel Winter is no stranger to it, so I thought she would be the perfect person to discuss internet bullying and how to stay grounded on Dose Of Bliss.

We caught up at the Elizabeth Glaser Pediatric Aids Foundation 30th Anniversary at A time For Heroes Family Festival on Oct 28.

Winter has dealt with intense online bullying. The 20-year-old actress recently took a social media break and deleted her Twitter due to extreme cyberbullying.

She she says the best way to deal with it is by understanding the other person.

“You know you also have to wonder well, what’s happened that you are feeling inclined to write that to somebody?”

Her point is something we should remember. We have to realize that peoples comments really have nothing to do with us and everything to do with them.  Mentalhealth.net explains the psychology of anger. They state that  anger can  consciously or subconsciously be chosen as a substitute  of an emotion. “Sometimes people make themselves angry so they don’t have to feel pain. People change their feelings of pain into anger because it feels better to be angry than it does to be in pain.” This is where bullying can stem from.

Regardless, negative energy can be really draining. Especially if you are in the public eye.  So how does the Modern Family star stay grounded?

She shares the key to staying grounded is focusing on what’s really important, “I don’t really buy into Hollywood so much. I enjoy doing what I do. I enjoy acting and that’s really it. It’s fun to go to some different events and it’s fun to go to different parties, whatever they may be but I’m a homebody, I like staying home. I love hanging out with my family and I try to keep in mind what’s real in life. The people around me, the things I do and the people who support me. That’s real life, you know?”

What we can learn from Ariel is it’s important that we separate ourselves from a negative reality. We need to focus on what is real and who we are.

Regardless of the harsh bullying, the actress says we shouldn’t let it stop us from living our lives. In an interview with Seventeen, she vowed she would never quit social media. “I definitely have pushed myself to deal with the good and the bad because I feel there are so many girls who need to hear positivity,” she expressed. “I feel like as many of us women who can band together and discuss things in a positive way will be so beneficial. Losing one person in that discussion wouldn’t be helpful.”

If you are dealing with bullying check out some resources like www.stopbullying.gov for support. Remember that you are not alone and it’s something we can chose to make us stronger.

For more motivational + lifestyle posts subscribe to Dose Of Bliss.