There are so many opportunities around us, we just have to be brave enough to look. I stand by Marianne Williamson when she says,”Our deepest fear is not that we are inadequate, our deepest fear is that we are POWERFUL beyond measure. It is our light, not our darkness that most frightens us.” I know that for me my biggest fear is my potential to be powerful. Have you ever thought about that?

With power comes great responsibility and that means a lot of people wanting your time and depending on you. The fear of not having freedom to travel or live a balanced life almost stops me from going for my dreams. Society tells us that we have to work harder than anyone else to be successful & I think is that success? Having no time to actually live? That fear of my light believe it or not often stops me from going for what I want.  Ultimately, you may have different reasons why we think we can’t do something, but I believe that all beings have the potential to be a bright powerful light in this universe.

So how long do you want to wait for your light to shine? That’s what I’ve been asking myself. I finally decided, I want to shine now! So I decided to say yes to every opportunity that came my way for one week. No matter if I felt nervous, tired, or sick, I was going to finally go for what I want. And here’s what happened:

1. I got to meet Karina Smirnoff from Dancing With The Stars and try out her new makeup line

The magazine I used to work full time for but occasionally freelance for reached out to me out of the blue to cover this event. I only had about four hours notice! I decided to go and I was so happy that I did. I got to run into people I used to work with all of the time who were happy to see me and support my new goals. I also got to make a fun vlog behind the scenes and even asked Karina to be in it (something I would have been to shy to do in the past) This opportunity led me to tell the person who ran the event about my vlog and YouTube and she wanted to help support me by inviting me to more events! 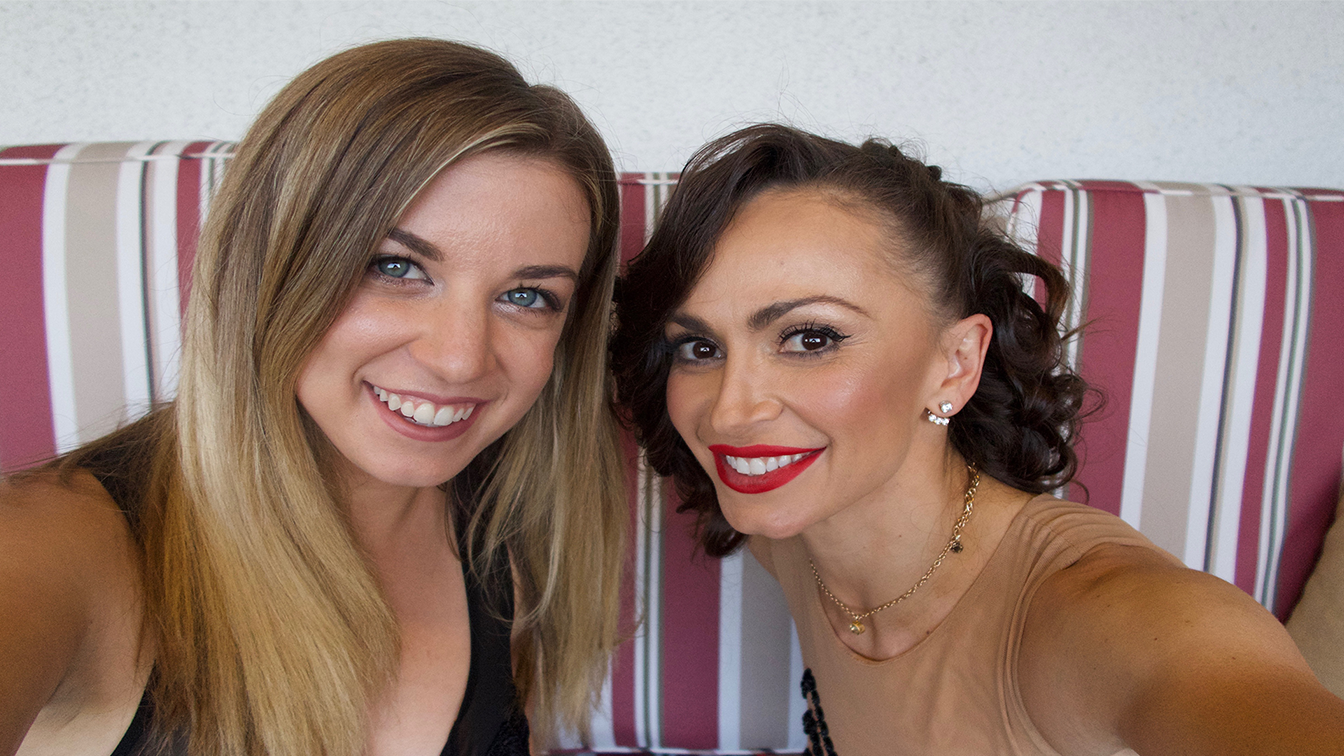 Last week at the Sofitel Los Angeles in Beverly Hills, ballroom dancer (you may know her from Dancing With The Stars), Karina Smirnoff celebrated the launch of her new make-up line The Karina Collection in partnership with LASplash Cosmetics! And I was there to check out all the glam and got to spend a little time with Karina!

2. I went to a mansion on the beach for a day of networking with influencers

Okay so Law of Attraction right here… my friend Heather who is also a blogger invited me to this event. It has been a goal of mine to go to more events as an influencer and Heather got me that in. You can find out more about that day in this post here! 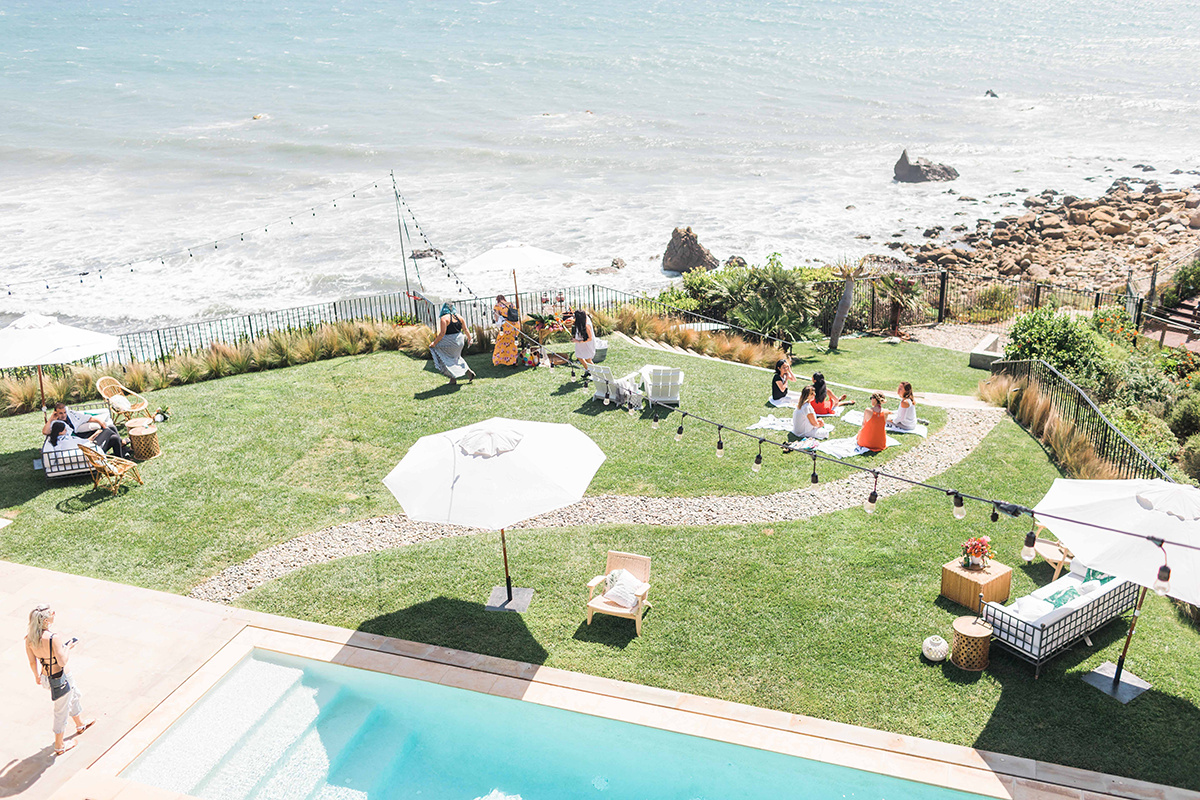 3. I went to Ojai, California

I got invited to go to Ojai, California for a weekend getaway at a spa. (A no brainer to say yes to this!) Ojai California is about an hour away from where I live in LA. This ended up being an amazing trip. My friend Annie who I went with googled sites to see and found a place called Meditation Mount. THIS PLACE WAS BEAUTIFUL. A top a mountain overlooking all of Ojai was a hidden oasis for meditating and full of affirmations. How more me can this be!? It was such an amazing day. 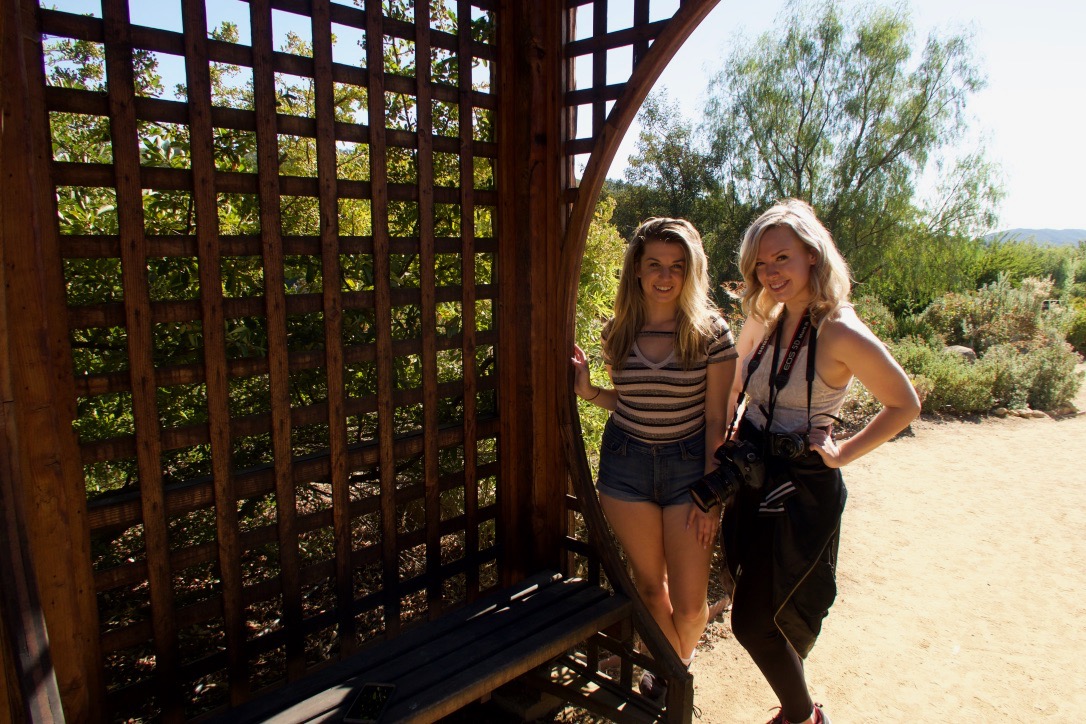 4. I saw Stan Lee at a speaking event and got to meet the Hulk

My friend invited me to an event where it would be a tribute to Stan Lee. If you don’t know who Stan Lee is, he is the creator of Marvel Comics & is known for creating nearly all of their super hero’s like spider man. Stan Lee is 94 years old, so getting to hear his inspirational story to success was amazing. It reminded me how I have to keep up my dreams if I want to be like him! And wow, he was 94 with more energy than me! #GOALS!

Also, Lou Ferrigno was there, he played The Hulk… we asked for a picture.

5. I started working with brands for by blog + telling brands that I had a blog & YouTube Channel

Because I was a reporter I often get sent press releases for really cool events, like the Grammys. I never responded because I didn’t think I was cool enough to get on the list. Well, finally I did and it turned out I was cool enough! The rep invited me to the launch of a nearby mall (the event was epic, Joe Jonas & The Village People performed, I’ll be posting more on that in the near future). And also sent me some lipstick from a brand called Pinkie Swear to do a review on (coming soon).

6. I got to see Robin Thicke & Joe King Perform at the Face Forward Gala

You can watch what happened in this video here:

So,What if you said yes? Do you want to be thinking what if for the rest of your life?  Why aren’t you going for what you want? I mean really think about it? I just said yes for one week and look what happened! It was an epic week and things were much better than I expected them to turn out. Yes, I am now living more than ever before.

So I challenge you to say yes to at least one thing this week! Tell me below what you want to challenge yourself too and let me know if you do it.