Negative people are like magnets! You know, those days when someone just does something that instantly throws you off balance and drives you crazy! Maybe it’s a person you know or are even related to. It could be anyone. But I am going to share with you a secret weapon of mine! It’s a story of how Buddha dealt with negative that helps me remain in control. Whenever I get thrown off, I remember this story and think, “What Would Buddha do?”

Buddha was walking into the city market one day and near the city entrance an old bitter man was sitting on a box glaring at Buddha, who carried a bright smile on his face. At the sight of him this old man started cursing Buddha up and down, left right and center, telling him how pretentious he was, how much better he thought he was and how he did nothing worthy of the air he breathed in this world. But Buddha simply smiled and kept on walking to the market to get what he needed.

The Next day Buddha returned to the market and once again that old man was there, this time his cursing intensified, screaming and yelling at Buddha as he walked by, cursing his mother, cursing his father and everyone else in his life.

This went on for the rest of the week and finally as the Buddha was leaving the market the man came up to him, as his curiosity had simply gotten the best of him.

“Buddha, every day you come here smiling and every day I curse your name, I curse your family and everything you believe in” the old man says ” but every day you enter this city with a smile knowing that I await you with my harsh tongue, and everyday you leave through the same entrance with that same smile. I know by speaking to you now that you are not deaf, why do you keep on smiling while I do nothing but scream the worst things I can think of to your face?”

Buddha, with the same smile still on his face looks at the old man and asks “If I were to bring you a gift tomorrow morning all wrapped up in a beautiful box would you accept it?” to which the old man replies “Absolutely not, I would take nothing from the likes of you!”. “Ah ha” the Buddha replies “Well if I were to offer you this gift and you were to refuse then who would this gift belong to?”. “It would still belong to you of course” answers the old man. “And so the same goes with your anger, when I choose not to accept your gift of anger , does it not then remain your own?” 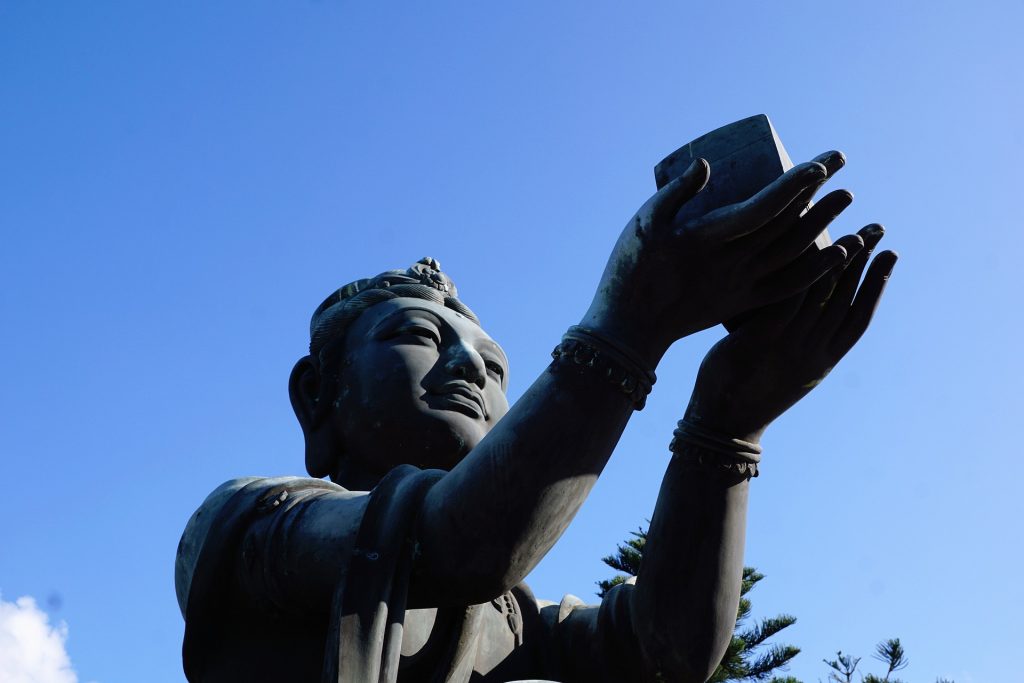 Now, It’s easier said than done. There are a lot of people who fall prey to accepting others negativity because they want to help them. While helping people is a wonderful thing to do, we must also realize that allowing someone to keep their anger can actually help a person. Often people are mean to others because they are hurting inside and they want to feel better about themselves so they attack you. According to Phycology today, “People cope with negative views of themselves by perceiving other people as having particularly high levels of that same negative view. Basically, say you are feeling dishonest. You are then more likely to see other people as dishonest, and this makes you, in a sense, feel more honest yourself.” You can read the full article here of all the reasons and research on why people are mean.

When someone is trying to hurt us we: a) want to fight back (which may escalate the scenario) or (b) if you are an empathetic person (like me) we want to help them. But we tend to forget option (c) allow the aggressor to deal with their emotions themselves.

I recently realized, if we take away someones pain too soon then we may actually be harming them because they might never learn to deal with their emotions themselves. According to recent psychological research (Sited here) “one of the main causes of many psychological problems is the habit of emotional avoidance. Over time, avoidance becomes a prison, because after a while you begin to feel the need to avoid many situations, people, experiences and places that may bring the negative emotion to mind, stir it, or remind you of it. And the more you avoid, the weaker you feel, the more your coping skills diminish, the less of life you can experience.”

If one never learns to deal with their anger because someone always takes it away, then how can they ever cope to become a better person?

“When you accept the emotion, you are giving yourself a chance to learn about it, become familiar with it, become skilled in its management, and integrate it into your life. Avoidance doesn’t teach you that, because you can’t learn to do something by not doing it.”

And that’s why this Buddha story is so valuable. We must learn that if we do not accept other’s anger, then it belongs to them! And letting people keep their anger to deal with it, isn’t always a bad thing!

Remember, no one can ever hurt you unless you allow them to! Be like Buddha. When we take the negative from our life we are left with the positive!

What do you think? Leave your comments below and don’t forget to subscribe to my blog and YouTube Channel for more motivational + lifestyle tips!