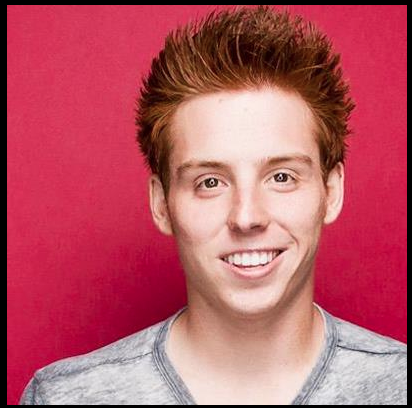 Standing at five-foot-eight, representing thick red hair and a carefree infectious personality, Alex Negrete is a self-made success story. The 25-year-old found a career on the Internet as a YouTube personality. With his channels Keep the Heat and Animeme garnering hundreds of millions of views. Negrete is THE mastermind behind some of the most viralcontent you’ve seen.

Not only a successful entrepreneur, but there are no words in the dictionary to describe his positive energy. Imagine a person who is up for adventure at any moment, always having such a good time it’s electric. He appears to have no fear.

Most people can only wish to find this sort of happiness and success so naturally I had to find out his secret. 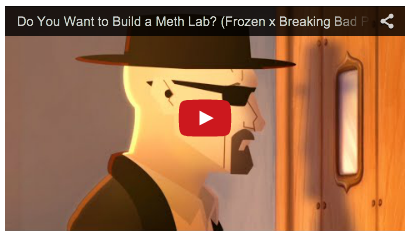 Yes– Alex Negrete is one of the masterminds between the Breaking Bad/ Frozen video.

And that’s when I found that the carefree redhead with no fear was a cancer survivor. In 2011, Negrete was 22-years-old when he was diagnosed with testicular cancer.

Alex explained he initially had a hard time contacting his parents. Not only was he lost and confused at the time of his diagnosis but his family was living in Mexico while he was in California.

“Hearing the word “cancer” seemed like a death sentence to me,” Alex explains, “I only had my friends there to console me, and I didn’t even know if I wanted to tell them yet or not.”

In fact, I myself was shocked of the news when I found out that Alex had cancer, you would absolutely never know. He was so carefree all the time, I had no idea that the first two years I knew Alex he was freshly cancer free, still with the possibility of a relapse looming over him.

He credits his attitude to his family and the select friends who knew.

“It’s hard for me to put into words how I much I love them, for everything, and how selfless they are and loving and caring,” Alex gushes,” I couldn’t have a better family and they made it really easy to deal with. Always being positive, “He added, “I had the mentality that this was the hand I was dealt, like it or not, and now I can go about this one of three ways: Positive, negative or neutral. I chose positive.”

And that’s when things changed. Alex found himself on the cutting board for surgery shortly after the diagnosis and as soon as the surgery was done he was cancer free with no signs of spreading.

“I just couldn’t believe it. I was like, did that really just happen?  And this brings me back to the feeling like, what was this all for?“ He describes, “I knew at that point it was going to be an uphill battle with checkups and doctor appointments, but I couldn’t fathom going back to my old life and old ways, those simply didn’t exist anymore and at that point I was a completely different person, I really was.”

And that is when Alex started to become the man we see him as today, a successful dude with red hair who’s carefree with an electric personality.

“I am over three years cancer free now and this means that the cancer currently has less than 5% chance of coming back. I like those odds.”

He adds, “Before [cancer] I was living an ordinary mundane life, a life that was to me: ‘normal.’ I was doing very well for myself at the time and very much into my work, the diagnosis brought me out of it and woke me up. Now I can consciously choose to work, but I also know when it is time to give energy and space to other things.”

To Alex, a cancer diagnosis was a blessing in disguise. It allowed him to realize how precious life was and chose to let it catapult him into immense success and happiness.

The moral of why I wanted to share Alex’s story is because in life so many of us get depressed. We get caught up in our day-to-day life and we forget to live. Don’t let something life-threatening wake you up, you can wake up today, or if you are going through something, you still can wake up today. Let it choose to change your life for the better. Alex is proof that you can.

“I never truly thought I was going to die, honestly,” He revealed,” I just accepted the fact that it was a possibility and that inspired me to want to change and fix so many things in my life at the time. The biggest thing I remember asking myself when it came to me being face to face with potential death was: If I were to die today, would I be happy with everything I’ve accomplished in this life? For me the answer was a huge “NO!” And that gave me the drive and motivation to better myself and find peace from the inside out.”